In 1990, I had a trip to Khorramabad, Lorestan. I had heard about a traditional musician named Shah Mirza Moradi, who was very skilled in playing Sorna and Dohol. I asked around where he lives and I finally got a chance to talk to him. He was intended to participate in a music festival. He came to Tehran the same year and his performance grabbed a lot of attention. Later, he went to Avignon to take place in a music festival in France. There, he won the first prize for playing traditional music and also won an international award. Since then he became known as Ocean Pearl. In this painting, an image of local musicians wearing the clothes of that region is illustrated in an ocean as large as the whole world. The white and silver clothes represent pearls in the ocean. All circular motions of the pen are drawn around the Dohol (local drum), while Sorna (an instrument) sounds like a thunder in space. This painting is purchased by a fan from Canada and kept in a personal museum of a collector. 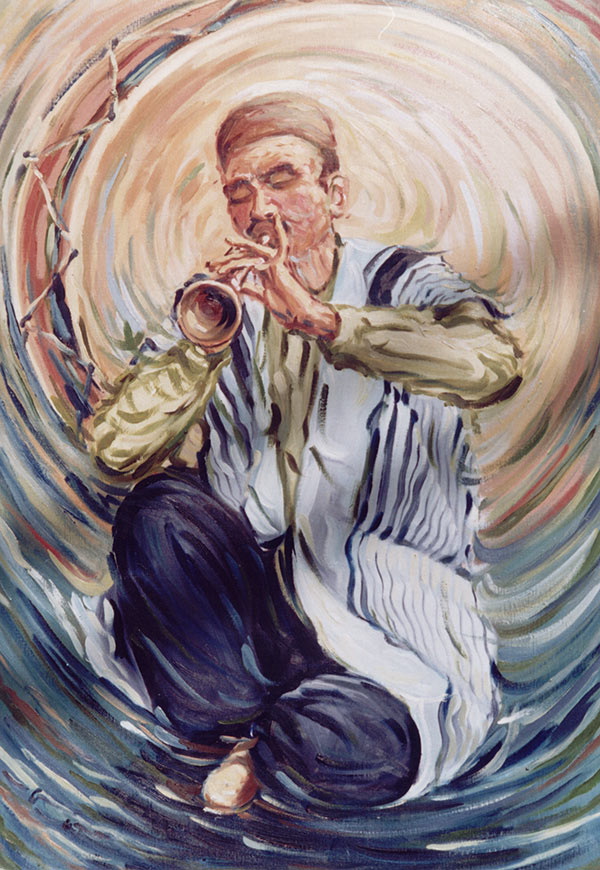 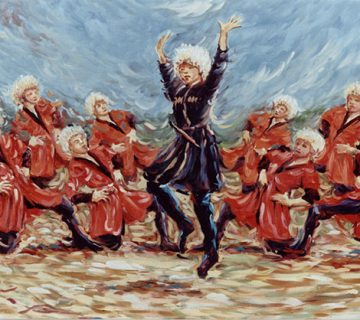 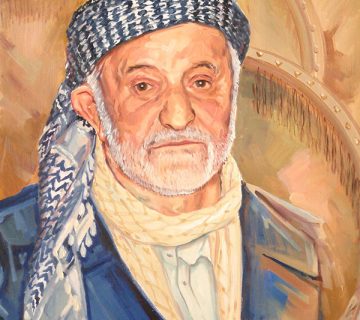 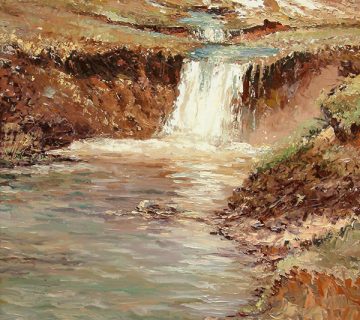